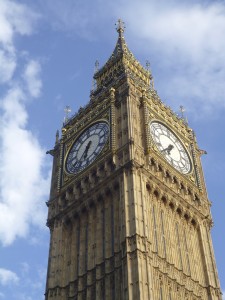 It might be Spring but London’s never been hotter – in the property market that is. With homes priced at 8 times average income, last year increases of more than twice the average UK salary and 12 buyers for every  sale, it’s not surprising there’s talk of a ‘bubble’.
Price increases are big all over the south east as buyers now rush to snap up anything they can, fearing this to be the last opportunity of affordability before home buying for the masses is gone forever.

Bubble? Maybe. Will the slow-down in prime central cool things off? Hard to say.
Here’s the low-down on current prices, future predictions and for investors with the stomach for it, advice on areas worth considering and the types of property you might consider.

The national picture
Prices have been on the up in the last year:

The South east
Buyers are moving out of central London due to lack of affordability.
Predictions for the South east is that it’ll outpace London in next 5 yrs. Current hotspots are places such as Guildford Cambridge, Redhill, Farnborough, Egham – Commutable & seen huge rises in last yr. Towns like Oxford, Brighton, Canterbury & Cambridge have seen big increases too.
Oddly there have been some fallers – Haywards Heath, West Sussex (down 3%) Caterham, Surrey (down 9%), Crowborough, East Sussex (down 10%).

..and in London?
London prices are high and rising fast. An 18% price rise in last 12 months.

Some find it hard to envisage a cooling off any time soon:
– The Govt’s help-to-buy scheme has been extended to 2020
– there’s a drastic shortage of housing. (availability down by 7% in last qtr alone)
– the population is growing and London is where the majority need to be
– London is a ever-expanding world hub of infrastructure, development, jobs & innovation
– Foreigners want UK homes too meaning the UK economy is only one factor driving growth
– London’s now a ‘global currency reserve’ and safe haven in worrying times
Prices/sq ft in prime central double New York & Paris

Prime central
There have been huge rises from 2012-2014, mostly fuelled by foreign investment looking for a safe haven & drawn by favourable tax laws. Many properties are simply investments & stand unoccupied. Early signs are that prices have flattened. (3.1% to 2% in last qtr) and some predict a 1% fall in prices in the top 10% of the market in 2015. That said, contrary to what you might have imagined, the Ukraine crisis may actually be stoking the fire yet again as Russians and Ukrainians are running to off-load their wealth to London before things get worse.

Metropolitan
Some boroughs are reported to be experiencing a house-buying ‘frenzy’. Estate agents report shortage of houses coming to the market in these areas. There have been big rises in the last year and these may continue.

Biggest annual rises can be grouped and explained to some extent:
–
– Traditionally less attractive & rel. cheap areas but with good transport & good housing stock – Brent (North), Hackney Haringey, Tower Hamlets (E), Lewisham (SE)
– Areas just outside traditionally popular & expensive areas – Hammersmith & Fulham (W) Merton (SW), Islington
– Areas just south of the river that are being re-generated, better connected and linked by new bridges to the north side so the Thames isn’t the barrier it once was e.g. Lambeth, Southwark & Battersea have risen a lot.

Outer metropolitan
Outlying towns and outer suburbs are attracting families looking for more for their money. They’re willing to compromise on commute for better quality of life & value for money
Areas south west of London perfomed best – Bracknell, Rushmoor, Slough. Kent too. Sussex hasn’t seen some of the rises of other areas. Surrey too has been lower in parts – perhaps because they were already extremely high

Will the foreign demand remain in London?
No:
–
– new capital gains tax to be introduced in a few days for homes sold by foreigners. It’ll be a 18%-28% tax on the sale of a property that isn’t a primary residence. (depending on an individual’s tax band)
– Politicians regular talk about a possible Mansion Tax. Might be a 1% tax on anything over £2m
– Strengthening pound might make London a less attractive investment
– Company ‘envelopes’ that have previously been used to avoid paying tax will now be subject to it. Buyers may then choose to buy property in their own name but will then be subject to inheritance tax
– The £ may be strengthening which makes London less attractive
– Have the financial crises passed? Do investors need a safe-haven anymore?

Yes:
–
– many believe corporate ‘wrappers’ are used just to be anonymous and not to avoid tax so multi millionaires won’t be too bothered.
– favourable foreign exchange rates may counteract any negative effects of new taxes
– Tax wise, London’s simply coming in to line with most other popular investment hubs like New York & Paris

Will prices continue their upward trend?

– Some believe income-to-wage ratio has become unsustainable. Average London prices are now 8 times the average wage so eventually demand falter
– tighter lending criteria have just been introduced which may make more people ineligible for loans. That said, many lenders are already complying so the effect may not be that great
– Mortgages are way more affordable than they were in 2009 (the crash) which has boosted demand but rates WILL go up and this will inevitably hurt many and reduce demand
– Help to buy scheme has just been extended to 2020 which has boosted house-building and will continue to push up demand for homes
– London is the world’s capital
– the largest centre of technology, finance, innovation, jobs etc. Will this change in the next 10 years?
– The gov’t aren’t addressing housing shortages in any great way so the shortage will continue and demand will remain.

So for investment, what should I consider?
1 bed or 2?
– 1 person & 2 person households are the fastest growing. A 1-bed appeals to both individuals and couples
– Prices are getting beyond the reach of many. Renters are having to compromise in order to keep the price down (just as buyers are) so demand for 1-beds is on the rise
– Fractionally better rental yield with a 1 bed (price you paid vs rental income) i.e. you recoup more in relation to the size of your investment. http://www.thisismoney.co.uk/money/mortgageshome/article-2309949/Rent-yields-bed-homes-rises-faster-properties-frozen-time-buyers-drive-demand.html
– Many would opt for a 2 bed if they could afford it. An argument for going for a 2-bed if you’re further out of central London or in a provincial town
– 2 beds are attracting sharers in greater numbers due to high rents. Downside is a little more wear and tear.

Ultimately for buyers in London, if you’re set on a location, the purchase price might be the deciding factor.

Best rental yields
Nationally, the ‘regions’ are generally the best performers for yield. Coventry, Southampton, Liverpool, Blackpool, Sheffield, Cardiff– All around 7.5%. Basically areas with lower house prices; & University towns do well too.
Generally the further from London you get, the better the rental yield has been. The best performing have been places like Blackpool, Birmingham & Merseyside; but it’s too simplistic.

As you move south & more so in the south east & London returns drop, but the potential for house price growth MUST be factored in. ‘Real’ yield means that the south east and London are top.
Beware the age of this article but it explains the concept. http://blogs.independent.co.uk/2013/02/28/top-10-rental-investment-hotspots/. The best yields in London are in traditionally less popular areas in London’s east, though house prices are catching up here fast. e.g. Bethnal green, Bow, East ham & Plaistow. 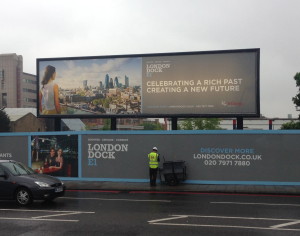 Period
– some evidence that period properties increase in value at a faster rate
– lower maintenance charges, shared with a few neighbours rather than a large hard-to
-manage block– can sometimes be bought with the freehold
– on-going charm & limited stock will ensure strong demand in the future
– don’t look tired and dated after a few years.
– New-builds age fast
– can be larger with higher ceilings than many new-builds– need a more maintenance
– although all improvements are tax deductible in buy-to-let
– perhaps scope to add value by improvements/upgrades. New build not so easy

Age/condition?
With brand new new-builds you’ll pay a premium, especially in areas where foreign investment is high e.g. The City, the West, as foreigners don’t have the time or the inclination to do work and are attracted by the gleaming exteriors and fancy kitchens.
Better deals are there to be had on blocks that are 10 years old or more and looking a bit tired inside.
If you’re prepared to do a bit of work, sometimes as simple as a new kitchen and a coat of paint, then you’ll get a significantly better deal

So where next for London? 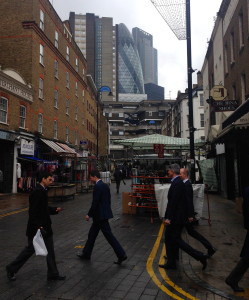 – There have been huge rises generally perhaps initially caused by Prime central rises but these have tailed off.

– People are running to snap up the ‘cheaper’ areas, starting with the ones with good housing stock and the more ‘trendy’ parts. Areas once considered a bit down market are now firmly up and come e.g. Brixton, Camden & Shoreditch
So perhaps the next areas are in the east – Hackney & Stoke Newington have seen big rises and look to be joining that group. Stratford too. Whitechapel, Bow & Bethnal Green look to be next on the list and have already seen big rises – though housing stock is mixed.

– Taking the whole ‘cheap areas’ thing a stage further. Harlesden & Willesden have had pretty bad reps for years but are well linked up, could link with HS2 if it ever comes, It’s on the Bakerloo line to Paddington and beyond to Marylebone & Regents park. Might be worth a look. http://metro.co.uk/2014/04/17/harlesden-park-royal-home-buyers-drawn-by-transport-connections-4701282/

– Battersea is obviously going to be great but has seen huge rises already. Launch of Phase 2 is happening next weekend – 26th April. 1 beds start at £800k. Don’t think you can go too far wrong. 10% now, 10% in a year and final payment on completion in 2017. Downside – no income for 3 years but worth a punt for some. Is there another Battersea?

– The re-development of Earls Court looks like it’s going to be a huge project and be a massive regeneration. Not much happening there right now but it’s coming. This is the first. http://www.lilliesquare.com. Already sold-out, prices started at £850k for a 1-bed.One idea might be to look in the close vicinity to the site – around Lillie Road. Somewhere you might benefit from the development but be able to get going straight away, get a tenant and sit tight. I might go for a period apartment for reasons mentioned earlier.

What about neighbouring a well-established area?

Well if you want ‘affordable’ City then Aldgate might be the ‘cheap’ side though it’s seen a lot of new builds and foreign money recently so might already be a bit ‘done’.
Shoreditch is firmly established now. The area just to the east of Brick Lane is so close to the action but still a bit cheaper and will no doubt go the same way.
Earls Court falls in to this category to an extent – Fulham to the south, Chelsea to the east.
Further out Wapping/Shadwell look good- less than 20 mins from the City but still rel. cheap & near the water so desirable. They’re arguably a longer term investment (10 years) as the coffee shops and bakeries haven’t quite arrived.

South of the river?
Always popular. Clapham, Wimbledon etc all solid but have seen big rises. Areas that might be more up and coming are to the east of there – Tooting is firmly on the rise. Streatham appears to be next – well connect on overground to London Bridge & Victoria. Crystal Palace & Croydon are possible though could be a while getting there. (10 yr+)

Transport links are everything
– Crossrail is the big one. Prices have already risen along the line. E.g. Acton & Ealing in the West have seen big rises. http://www.crossrail.co.uk/route/maps/ Liverpool street & Whitechapel in the east too. Anything that’s walking distance to the station is good. Another reason to look at Aldgtae/Shadwell & Wapping or Bethnal Green perhaps?

– To the west of Marylebone is a little niche of better affordability. In Edgware road prices seem to drop a touch before rising again as you head north west on the Bakerloo line. Still not many 1-beds for less than £550k http://www.homesandproperty.co.uk/property-news/hot-homes/hot-homes-along-bakerloo-line#1